Daniel Bain is a professional comedian, improviser and circus artist based in Christchurch New Zealand. He has been a full time entertainer since 2002 when he graduated after two years at the New Zealand circus training school CircoArts.

Since then he has been employed by the Court Jesters, the most successful professional improvisational theatre troupe in New Zealand. Here he has regularly performed in or MC-ed SCARED SCRIPTLESS, the country's longest running comedy show. Also he has been heavily involved in improvisational comedy shows and events for a wide number of corporate clients, regularly devising themes, characters and acts specific to their events and needs. His work here has exposed him to a wide range of audiences, from High School students to the Prime Minister of New Zealand.

He is also the Creative Dictator of his own theatrical and multimedia production company NOOSED OCTOPUS. Under this umbrella he has toured the world as a professional street entertainer performing in New Zealand, Australia, Singapore, America and three separate tours of Canada. He has performed at such prestigious events as the HALIFAX BUSKERS FESTIVAL, THE SINGAPORE RIVER BUSKERS FESTIVAL and the EDMONTON FRINGE FESTIVAL to name but a few.

NOOSED OCTOPUS has also mounted two major theatrical works, the first PULP WILLIAM for the Dunedin Fringe Festival, a blend of Shakespeare, Tarantino and long-form improvisation and the most recent, SHARP for the New Zealand International Comedy festival. PULP WILLIAM was optioned by the CHRISTCHURCH COURT THEATRE and remounted for their 2008 season and SHARP is in post production currently being prepared for submission to multiple international arts and comedy festivals.

He is the head writer for the upcoming PBS series SCIENCE GIRL.

Finally since 2002 he has been performing as a standup comedian in universities, casinos, and comedy clubs through New Zealand with his unique blend of circus skills, flights of bizarre imagination, cheerful nihilism and quick wit. 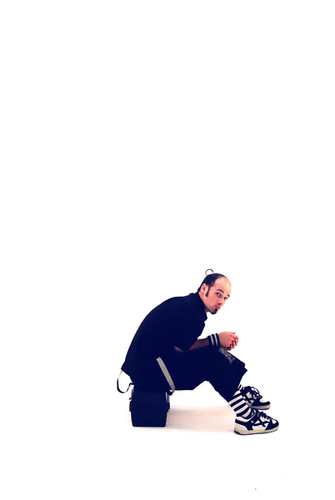 Among other things, Dan Bain is a professional street performer, standup comic and improviser. He...